10 Ways to Maintain Your Client Relationship After Closing 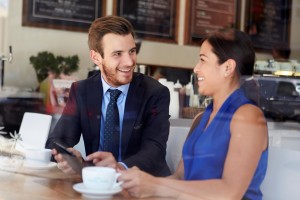 It’s no secret that many agents drop the ball when it comes to maintaining relationships with their clients, once a deal has closed. That’s counterintuitive though, given that there really is no better referral source than a happy former client, or better yet, a former client who is ready to buy or sell again. However, according to the NAR, only 25% of home sellers used an agent with whom they’d previously worked. One in four. Even halfway-decent relationship maintenance would go a long way toward improving that figure. Simple gestures, like occasional phone calls or e-mails. Maybe a quick cup of coffee a few times a year, just to catch up. It doesn’t take much, and the potential rewards are virtually limitless. Here are some more simple and effective ideas to help you keep up those relationships.