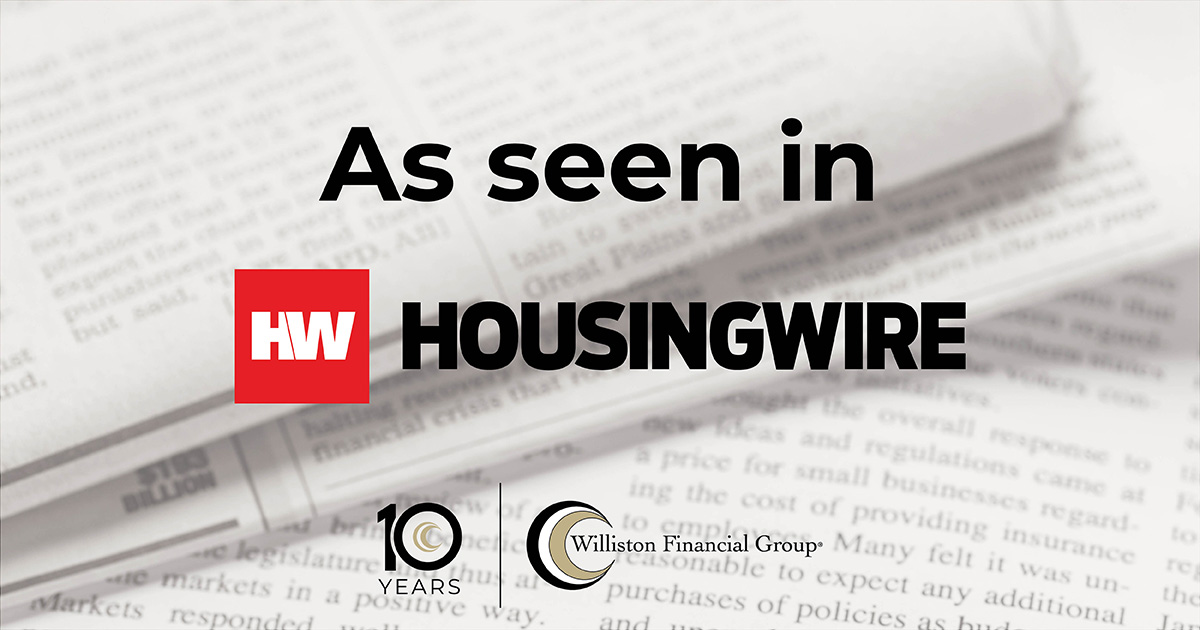 “Patrick Stone was looking both ways when he took steps to launch Williston Financial Group (WFG) in January 2010,” according to an October 7 story posted on HousingWire. “Behind him, the recent financial crisis still cast a cautionary shadow over new business development, but ahead he saw opportunities for a client-centric, tech-focused family of companies in the title insurance and real estate settlement services industry.”

That forward vision, the article goes on to explain, “holds even more relevance” in 2020, when WFG celebrates its current 10th Anniversary.

Stone, WFG’s Executive Chairman and founder, is quoted as saying that “the opportunity for a new player to come in 10 years ago, and be client-oriented and use technology to replace hierarchical management structures, is exactly the kind of firm lenders want to partner with today.”

“In these uncertain times,” he added, “we see our vision of a fully integrated tech stack as the main force of customer stability.”

During a year dominated by a business-derailing global pandemic, the continuing value of WFG’s foundational vision has been amplified, thanks to both its solid footing and an explosion in refinancing.

After a smooth transition to working at home – eased by a pandemic response plan initiated by WFG in its first year and its well-established adoption of remote and online validations, notarizations and other innovations, WFG had its highest-ever volume months during the second and third quarters of 2020.

“Although established title insurance underwriters had made some changes to take advantage of new technologies,” Stone pointed out, “those companies remained burdened by sunk costs and committed to traditional operating standards.”